Please note changes to performances and events due to COVID-19. For event updates, refer to kauffmancenter.org/coronavirus.

Your cart has expired
Your order contained expired items and your shopping cart has been emptied.
Close 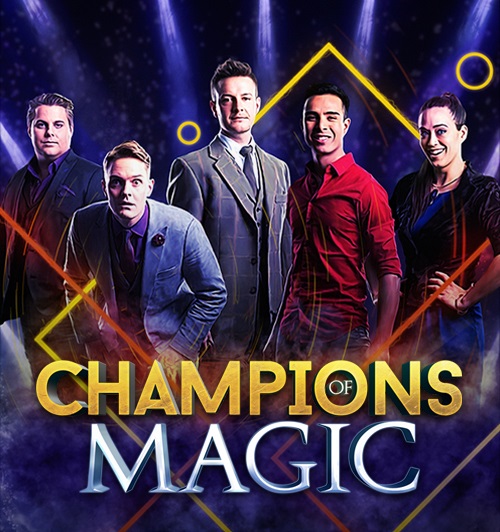 This event was rescheduled with a new date of:

Champions of Magic started touring in October 2013, and has since completed six U.K. tours, and a U.S. tour in 2017. Their skills have been featured on-screen worldwide, with appearances on The CW’s Penn & Teller: Fool Us, NBC’s Caught on Camera with Nick Cannon, The Today Show, and Access Hollywood Live.

The Champions of Magic team shares incredible interactive magic, an impossible escape from Houdini’s water torture cell, a mind-blowing prediction that must be seen to be believed, levitation high above the stage, and a finale beyond explanation. From unbelievable mind reading and stunning close-up tricks, to massive stage-filling illusions, these magicians were born to bend minds.

Tickets for Champions of Magic range from $25 to $45, plus applicable fees.

Let us choose seats for you

Are you sure you want to remove this seat from your selection?

Choose your own seat

There are not enough consecutive seats to fulfill your request. To reserve seats next to one another please choose another section. If you prefer to sit separately uncheck the box marked only reserve tickets next to one another.
This field is required.
The amount must be greater
Please enter a number that contains a decimal (XX.XX).